Capturing Paul John Knowles: Exclusive Photographs From The Arrest Of “The Casanova Killer” – by Clifford Davids 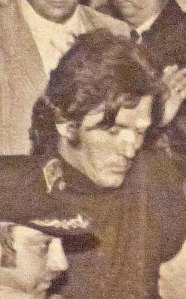 Paul John Knowles was a nasty piece of work. He met his violent end on December 18, 1974, sprawled across the backseat of a sheriff’s sedan after making his final bid for freedom. He failed spectacularly, taking three bullets to the chest, but not before securing his coveted spot on the All-America hit list as one of the most unpredictable and depraved rampage killers of his generation.

He never had a chance to display the courtroom swagger of a Ted Bundy, or dine out with the savage voracity of a Jeffrey Dahmer. But he did possess a monumental cruelty, one that favored the intimate feel of a nylon stocking as it slowly tightened around a woman’s neck. Still, he was not averse to the coldly plunging knife, or even a swift bullet to the back of his victim’s head.

Knowles was born on April 17, 1946, and had his first brush with the law when he stole a bicycle at seven years old. After a misspent youth, he was arrested in May of 1968 for attempted burglary and served three years in a Florida state prison. They released him in 1971, but he was quickly re-arrested on similar charges. He escaped from a prison work camp the following year, but was recaptured three weeks later, earning three more years in the big house for the escape and resisting arrest. While serving time in prison he attracted the rapt attention of a lonely cocktail waitress from San Fransisco named Angela Covic. She hired a criminal attorney who secured his early release, and in May of 1974 Knowles headed out to California for a fresh start.

Things didn’t work out so well with Angela, and after Knowles revealed his dark and corrupt spirit, she sent him packing. Enraged, he returned to Florida where he was again arrested in Jacksonville for aggravated assault. On July 26, 1974, he escaped for the final time, and it was on this day that his brutal campaign truly commenced. Over the next 15 weeks he made good on the promise to have his name inscribed in the pantheon of the most prolific murderers of the 20th century, traveling across the country while feasting on a steady diet of carnage, mayhem, and death. He was directly linked to the slaying of 18 people, and he later claimed to have taken the lives of 17 more ill-fated souls.

The noose began to tighten in November of 1974 when he picked up British journalist Sandy Fawkes at a bar in Atlanta, GA after murdering a man named Carswell Carr and his daughter in nearby Milledgeville. Knowles swept the infatuated war correspondent off her feet, and they both set off on a romantic road trip down to West Palm Beach, FL in a car stolen from one of his previous victims.

He soon grew tired of Fawkes, but released her unharmed. As he headed back up the Interstate, Knowles corralled two more unfortunate hostages – one of them was a Florida Highway Patrol Trooper whom the killer overpowered during a routine stop and search. After that, law enforcement jumped into high gear and the pursuit swiftly intensified. 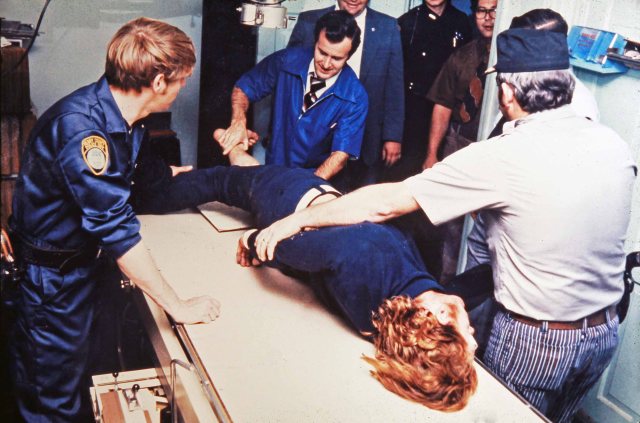 Paul John Knowles undergoes an examination by Dr. Joseph A. Blissit after he was captured on November 17, 1974. Knowles is being closely guarded by Henry County Investigators Paul Robbins (left) and Billy Payne (right). Afterwards, he was taken to the Henry County jail. (Photo courtesy of Warren L. Bond)

By Sunday, November 17th, Knowles had already executed his two hostages, leaving them handcuffed together to a tree in the woods near Big Indian Creek, just south of Macon. An all-points bulletin had been posted, his stolen blue Ford Gran Torino had been identified, and multiple roadblocks had been set up throughout northern Florida, southern Georgia, and southeast Alabama. When he was spotted by the police near McDonough, GA, his luck finally ran out. He totaled his Gran Torino after ramming a barricade at the intersection of Highway 42 and Hudson Bridge Rd., and then immediately fled back into the woods. He was still armed and dangerous, but now he was injured and bleeding.

Knowles emerged four hours later, torn up and exhausted, in the backyard of a Vietnam War veteran who had just returned home from a hunting weekend. He dropped his jammed shotgun and surrendered, concluding one of the most intensive manhunts in Georgia history. They took him to the medical office of Dr. Joseph A. Blissit for a brief exam, and then transported him to the Henry County Jail. The pursuit had ended, and the press converged on the site with a vengeance – it was all over but the shouting. 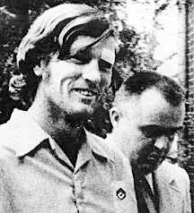 Over the next month, a determined parade of zealous attorneys, prudent judges, dogged investigators, and insistent reporters pitched and fought for the upper hand and a piece of the story. Knowles basked in all of the notoriety, promising with a wink and a nod that when his savage tale was finally told it would be worthy of the silver screen. There was a fierce battle for a recorded confession he had previously given to his attorney, along with endless speculation surrounding the reasons for his cold-blooded slaughter of innocent lives. The cautious sheriff shuttled him around to three separate county jails, but he proved to be a “model prisoner.”

Yet Knowles knew he wouldn’t make it to trial. On December 18, 1974, he was riding in the backseat of a marked county car while Douglas County Sheriff Earl Lee drove and GBI Agent Ron Angel rode in the front, allegedly on the way to show them the location of the discarded gun used to murder the Florida Highway Patrol Trooper. According to local authorities, Angel shot Knowles three times in the chest after the killer picked his cuffs with a paperclip and reached over the seat to snatch Lee’s gun from its holster. There were allegations made in the newspapers that it was an execution meant to save everyone the time and trouble, but it was never proven.

Paul John Knowles’ cruel story has been amply documented. You can find a scattering of articles about his violent exploits on true crime story websites, in addition to his personal Wikipedia page. Sandy Fawkes wrote a book about her road trip with him before she died in 2005, and New Dominion Pictures, the self-appointed purveyors of dynamic television programing, produced a two-part docudrama aptly entitled “Dangerous Pursuit,” which portrays Knowles as a modern day Jack the Ripper.

More recently, cold case investigators from the Georgia Bureau of Investigation claim to have linked Knowles to the skeletal remains of a young woman from Warner-Robins, GA who went missing in 1974, making the connection through a hand written summary of the now damaged and unplayable cassette tape confession given to his lawyer. Regardless, and with all due respect to the families of this sadistic killer’s innocent victims, I would like to state for the public record, “Good riddance to you, Mr. Knowles.” 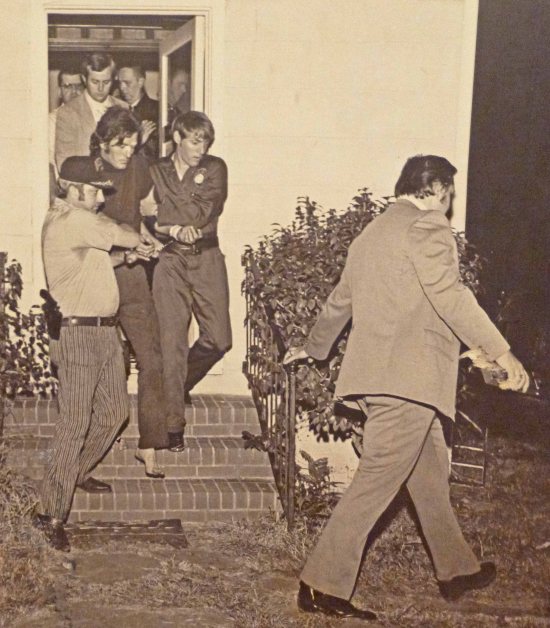 Knowles being escorted by Payne and Robbins from Dr. Blissit’s office to the Henry County Jail. On the right is Henry County Chief Detective Philip S. Howard. (Photo courtesy of Warren L. Bond)

15 Responses to Capturing Paul John Knowles: Exclusive Photographs From The Arrest Of “The Casanova Killer” – by Clifford Davids